We have sent you an email

Please refer the link in the email that we sent to you.
Please contact us if you did not receive an email in 1 hour.

We are unable to verify your business email.
Please contact us with your business particulars and proof of ownership.
We will get back to you in 3-5 days. 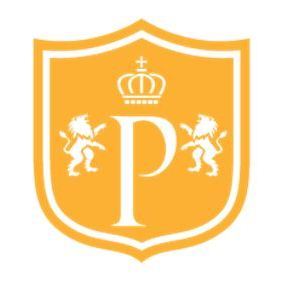 Thank you for submitting the offer

Our team will begin an assessment of your submission shortly.

While your Offer is in pending mode, you will not be able to make any edit.
We will try to contact you within the next 5 to 7 business days.
However, please do understand if there is a delay as we are experiencing
a high volume of submissions.

An exclusive code is required for this offer.


An exclusive code is required for this offer.

At The Parenthood, we offer quality bonding, experiential and progressive learning between parents and their babies, toddlers and kids, from age 1 – 12. Priding ourselves as the first parenting concept family park in Malaysia that provides services on education & play, shopping, relaxation & leisure, and dining, all set in a London Street-themed Family Park, we aim to assure you that parenting life can be a docile and a remarkable journey, while fulfilling all your parental needs at the same time.

Think shopping and picking up essentials from a variety of brands suited to your child’s needs, signing your child up for educational workshops or a fun playtime session at My Kingdom playground, while you can get pampered at the beauty salon (that offers kids services too!), drop by the post-natal slimming centre or dine at the café – it’s fun for the parent and child to enjoy together, all under one roof.

The Parenthood is the ideal place for groups of mothers to meet for their children’s play dates – or even plan and do up a birthday party. Special school holiday programmes that stimulate, cultivate and promote creativity to make learning fun and exciting, will also take place at the store throughout the year.

“We want parents to leave with the feeling they’ve provided their children with high-quality, age-appropriate experiential learning. The wholesome hands-on aspect really brings kids and parents together in a unique shared experience.”, says Leroy Lee, CEO of The Parenthood.

The Parenthood at Sunway Putra Mall will serve as a blueprint for its upcoming megastore located at Sunway Pyramid, that is slated to open in April 2016.

The Parenthood is Malaysia’s first one-stop parenting concept based on a London Street themed indoor family park that offers a comprehensive range of products and services catering to both the needs of parents’ and children alike.

Following the successful grand launching of its first family park, covering 16,000 sq ft in Sunway Putra Mall on December 3, 2015 where RM3 million has been invested to house 33 retail outlets and over 100 brands, this year The Parenthood will launch yet another family park at the new wing of the Sunway Pyramid Shopping Mall in Petaling Jaya this year and it will be on a much bigger scale.

The Parenthood is helmed by the duo, Mr. Leroy Lee as Chief Executive Officer and Lilian Chan as Chief Marketing Director (CMO). Being young parents of two children, they envision the need to bring under one roof a venue for both parents and kids to learn, play and enrich themselves together.

As such, the duo, who has experience in organising exhibitions for parenting, hopes to not only ease the journey of the busy, young urban couples with children up to age 12 into parenthood but also to make it enjoyable for them. Thus, their targets are parents who seek quality parenting lifestyle.

They are backed by a team of professionals with vast experience in diverse fields that include education, fitness equipment and event management.

Board of Directors & Top Management:

Leroy is one of the Co-Founders and Strategists of The Parenthood.

v In 2004, he joined SGS (Malaysia) Sdn Bhd as a Marketing Consultant to assist clients understand the process of auditing, testing, certification and inspection services. He was one of the top performing executives in SGS.

v In 2006, Leroy joined PHHP Marketing (M) Sdn Bhd and was awarded the Crown President by PHHP. He was an active member of the National Distributor Committee, a highly sought after Motivational Speaker and Trainer in PHHP to groom outstanding leaders and entrepreneurs.

v In 2013, Leroy successfully spearheaded the Malaysian International Parenthood Fair (MIPF) into the exhibition industry. He also established four Malaysian International Parenthood Superstores (MIPS) in different states in Malaysia. MIPF specialises in organising Parenting and Kids exhibitions in Malaysia while MIPS is a shop-in-shop concept store and support centre for parents that carries over 100 different brands of baby products.

Lilian is one of the Co-Founders of The Parenthood. She has been appointed as the Marketing Director in 2015.

She graduated from Systematic College, now known as SEGi University, Malaysia with an Association of Business Executives certificate.

v Upon graduation, Lilian joined United Overseas Bank Malaysia as a Marketing Executive. She was one of the winners for the bank’s 2004 Top 10 National Sales Award.

v Lilian joined PHHP Marketing (M) Sdn Bhd and was awarded its Crown President for PHHP in 2006. She was also one of the outstanding Motivational Speakers in PHHP.

v Lilian incorporated MPIF together with Leroy Lee where she is also a Director of MIPF.

v She also established four MIPS in different states within Malaysia where she is its Marketing Director.

John has been appointed as the Chief Financial Officer of The Parenthood in 2015.

He graduated from the University of Bolton, United Kingdom with a Bachelor in Business Administration (Honours) in 2000.

v John has been a Licensed Company Secretary since 2001.

v He started his career in an established accounting firm in 1992 as an Audit Junior and was promoted to Manager in 1997.

v He is the Founder of Lams Corporate Advisory Sdn Bhd that provides advisory services such as audit, taxation, corporate secretarial, business registration, accounting and consultancy.

v John is also one of the Co-Founders of WiO Power Plate Hub and Zac & Zibbo.


Thank you for registering as an lender.

Your application has been submitted.

We will review it within 2 business days. Thank you!


Your Investor Information is incomplete

Update your information by clicking the button below.